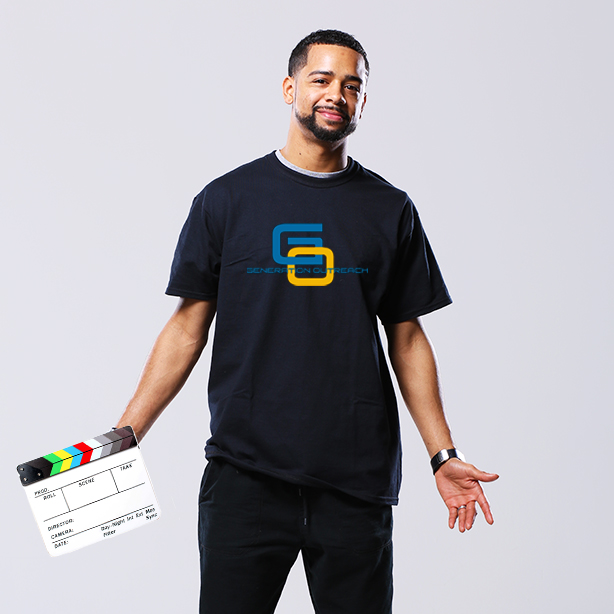 Justin is a native of Rochester New York. He graduated from the Rochester City School District. School of the Arts was the high school that he attended. Growing up Justin was one of those kids who only wanted to play in the NBA. He had no other goals no other hopes for his future. Justin was just going with the flow. He ended up graduating from high school by the skin of his teeth and going on to attend Monroe Community College where he later dropped out. Through his experiences Justin discovered his love for video production and he decided to start his own business. Over the years his business has grown. But he began to wonder why he hadn’t thought about this career earlier. So that’s when he decided to start Generation Outreach. Video production is one of his passions as well as working with the Youth. So bringing both of them together under the program Generation Outreach only makes sense. His goal is to provide a great experience to the students who come through the program, teaching them the ins and outs of video production. By the time they leave his program he want’s them to have a great idea of what video production is. He believes that if he students ever wanted to create their own videos they would know exactly what to do.

By Generation Outreach
0 Comments
0
previous next

You don't have permission to register